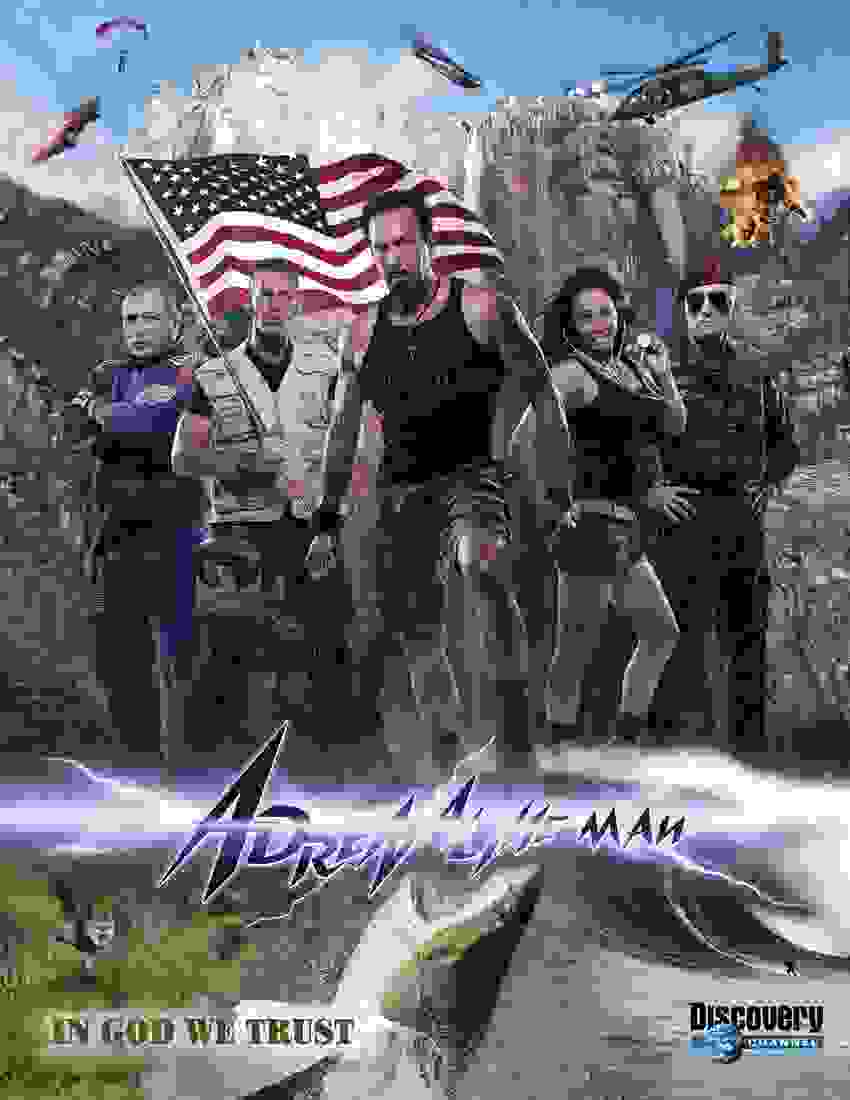 In recent years wholesome quality television has become a thing of the past. Slowly but surely the rules of decency in television have been removed from Hollywood's playbook. So many of our friends and family have stopped allowing their children to watch television unsupervised, or use parental controls in a nation where we hope to raise our children with morals. What happened to the days of “feel good” family entertainment? Adrenaline Man promises to bring back the days of wholesome quality entertainment that is action-packed and full of excitement the entire family can enjoy!

Located in Texas where 100's of award-winning production companies are seeking to produce great adventure programs like ours, we'll be creating the top action adventure series America has ever seen!  And thanks to the Discovery Channel, who shares our enthusiasm, America's adrenaline junkies will soon see what real action is as Andre "Relentless" Alexsen breaks world records in many of our episodes!

How can we guarantee such riveting action and world record breaking stunts?  Because the star of Adrenaline Man has over 35 years of preparation under his belt which includes Acting, Directing. Stunts & Stunt Coordination, Action Directing and more!

Andre "Relentless" Alexsen is the one and only "Adrenaline Man"!  He has been preparing all his life for this moment!  He still trains daily with the best to prepare. Now is the time to kick things into overdrive and prepare for the production of this long-awaited action adventure documentary! The time is now for the return of the true wholesome entertainment America is thirsting for! So, if you're looking to be a part of televisions return to a great movement of patriotism and morality, we'd love to partner with you!

If you're an investor or sponsor who would like to be a part of this epic and historic production, please click the button below to be redirected to our Contact page and shoot us a note! We'd be interested in sharing the excitement with you!!!

Copyright © 2020 "Adrenaline Man" is the Trademark owned by Andre Alexsen  - All Rights reserved .